Skip to content
HomeCongress should declare war on ISIL, and why that’s not crazy.

The civilized world stands in shock, sorrow, and anger over the brutal attacks in Paris, France on Friday.  The President of France, François Hollande correctly called it an act of war.  He should now go the next step and invoke article five of the NATO treaty, the clause that declares an attack against one member is an attack against all.  America should commit publicly in the sight of both friend and foe alike that we have chosen our response.  We should do the right thing, declare war on ISIL.

In the past with terrorist attacks, Americans have called for a declaration of war.  The problem has always been, the reason given for not doing so, is that there was no nation per se to declare war on.  The attacks on France are different.  They were committed by members of, and planned by terrorists from ISIL.  ISIL fancies themselves as a nation-state.  They have their own currency, courts, government infrastructure.  They claim to be a country.  We should show them what comes with being a country, being the subject of a declared war.

Some in our government will now likely argue that doing so, will serve to legitimize them as a nation.  That ship has sailed, they are already acting as a nation-state.  They are already legitimate in the eyes of their followers. Does anyone seriously think declaring war on them will make a difference?  Would whatever propaganda value that can be got out of such ‘legitimization’ outweigh the benefits of a public resolution of war have for our side?

France is a member of NATO.  They were attacked; it was a military attack.  A military attack in violation of the laws of war and the Geneva Convention, but an attack with a military objective none the less.  The attacks were committed by agents serving a nation-state, a self-proclaimed country.  Article five of the NATO charter obliges all members to enter into a state of war against their common enemy.  Article five has been invoked once before, after the attacks on September 11th, 2001 in support of the United States.  We should return the favor if asked.

What would be the benefit of a formal declaration of war when we’ve engaged U.S. combat troops so many times without one?  First, it will send an unambiguous message to France and the rest of our allies that we are committed to the mutual defense of all members.  We have an opportunity to do so at a time when no other non-aligned country could seriously pose an objection.  Another advantage of declaring war is to crystallize our goals and commit us to not just containing the threat, but neutralizing it.  A not so obvious advantage is that it will remind other countries (read Russia) that we take our NATO alliance seriously.  What would kind of message do we send countries like Lithuania, Latvia, and Estonia if we do not come to the aid of a NATO country?  Conversely, a declaration of war would surely serve to reassure them.

A declaration of war in the end is a symbolic act more than a legal one.  We are, like it or not, already at war.  Though largely symbolic, it would serve to advance our goals by clarifying our purpose and telling the world, friend or foe, that America has made a serious commitment to defending ourselves and our allies.  If ISIL wants to be a state, we should show them what exactly that means.  America needs to publicly commit and cut off any intellectual means of retreat or surrender.  If we very publicly commit to a military action, one that can only be ended with victory, other counties will follow suit.  Counties seeing that we’re all in, will decide to join the winning side. 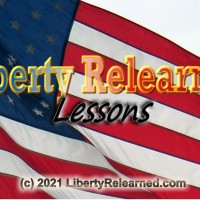