The Republican convention was a lot of things, boring wasn’t one of them.  The first two days alone had more drama that an entire season of The Apprentice.  On day one there was a mini revolt among Cruz supporters who wanted a roll-call vote.  They didn’t get it.  Former New York mayor Rudy Giuliani and others gave fiery speech condemning the Obama/Clinton foreign policy.

“He will keep us safe and help us achieve and embrace our greatness. In the last seven months, there have been five major Islamic extremist terrorists attacks on us and our allies. We must not be afraid to define our enemy.

Melania Trump also gave a speech where she extolled her husband’s virtues.  Unfortunately, her words though well delivered, were largely lost due to her speech writer lifting passages from Michelle Obama’s speech from 2008.  The blunder detracted from the other speeches of the night.  It was a gift from an inexperienced Trump team to the media.

Trump siblings Donald, Jr. and Tiffany Trump gave speeches on day two. Donald Trump, Jr., proved himself an impressive speaker, on par with any of the professional politicians who spoke that night. He furthered the argument against Hillary Clinton, but also spoke of how the state America finds itself in after nearly eight years of President Obama:

“For the first time, parents no longer think that their kids will be as well of as we were. We’ve lost the confidence in our leaders and the faith in our institutions. But remember one thing: we’re still Americans, we’re still one country, and we’re going to get it all back. We’re going to get it back better than ever before. I know we’ll get it back because I know my father.”

Among those professional politicians, the ranking members of Congress, Majority Leader Mitch McConnell, and Speaker of the House, Paul Ryan also spoke, giving the case from Capitol Hill on why we need a Republican in the White House.  It was the New Jersey governor and favorite for Attorney General in a Trump administration Chris Christie that involved the convention crowd in a point by point prosecution of Hillary Clinton’s record:

“Well, tonight, as a former federal prosecutor, I welcome the opportunity to hold her accountable for her performance and her character.

We must present those facts to you, a jury of her peers, both in this hall and in living rooms around our nation.”

Christie then went on to list the indictments of Hillary in the court of public opinion.  He rattled of country after country that he claims:  Libya, Nigeria, China, Iran, Russia, and Cuba.  Of course, he brought up the charges for which she was very nearly indicted, the charges associated with her unauthorized use of a home server to store classified material…

“And here at home on risking America’s secrets to keep her own and lying to cover it all up… guilty. Her focus group tested persona, with no genuineness to be found, is a sham meant to obscure all the facts and leave you able to vote for her. We cannot promote someone to Commander-in-Chief who has made the world a more violent and dangerous place with every bad judgment she has made.”

The crowd did their part, shouting a verdict of “Guilty!” after each charge.  They also chanted at times:  “Lock her up!” a clear statement of disapproval of FBI director Comey’s refusal to push for an indictment of Clinton for her reckless handling of classified material. 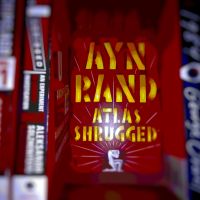 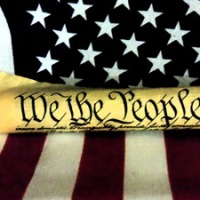