Skip to content
HomeShould other Republicans emulate Trump’s pivot to the black community? 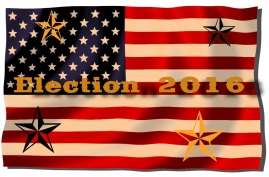 Republicans should take note of this famous line from the Shakespeare play.  Republicans love America at least as much Shakespeare’s Henry V loved France, so why do they every four years, simply cede roughly 13% of the population to the Democrats?  That is exactly what they do when they fail to court in any meaningful way the black vote.  Why do they, as King Henry put it, “part with a single village of it”?  Donald Trump does not seem to want to part of a single village (read precinct).  He does not seem prepared to let the Democrats have the inner cities without a fight.  Given the Democrat’s dismal record of running cities, especially those with large African-American populations, this should be considered low hanging fruit by any Republican with the guts enough to try and grab it.  There are reasons, one’s that should be revisited, but there are reasons:  First, the electoral map puts a premium on winning entire states.  Democrats have done such a good job of demonizing Republicans in the eyes of the African American community that it takes courage for a Republican to go into the inner city.  Lastly, some conservative solutions are less obvious to the voter than Democratic ones. Republicans need to revisit their reasons for not actively courting the black or any other minority vote.  Trump had made the determination to do just this, other Republicans would do well to take note.

In the electoral college, the Democrats already have a big head start on the race to 270.  This is almost entirely because of demographics.  States with large urban areas populated with large numbers of minority voters have something else, huge electoral vote counts.  Cities like Philadelphia, Baltimore, and NYC can sway their entire state to go blue on election night. If Republicans ever want to get those states back they’ll have to start winning precincts in those cities, or at least doing competitively in them.  The experts will point out that even if you do well in a state, but lose it by a single vote, all your campaigning there was for naught. It’s better then to campaign in those states you have a reasonable chance to win.  The problem for Republicans is, demographics favor less and less states if you don’t do well with minorities.  Republicans have to either push to admit more states into the union with favorable demographics, or do better with the minority vote in the current fifty.  The good news is that many GOP candidates for Governor have figured it out.  New Jersey is a deep blue state with every one of its citizens living in an urban county. Currently it has a Republican Governor.  Massachusetts, Pennsylvania, New York, even California have, or have recently had Republicans in the state house. You don’t win any of those states without at least some minority support.

Democrats with the aid of a sympathetic left-leaning mainstream media have successfully crafted a totally bogus, cartoonish image of Republicans and conservatives as being racist, sexist, homo-phobic, and now Islamo-phobic.  So thoroughly have liberals perpetuated this fraud, that cable news anchors and pundits regularly and with a straight face compare conservatives with fascists, Nazi’s and the KKK.  It’s a ridiculous notion, one that Trump until very recently, has unfortunately contributed to.  Now, if you’re an African American in the inner city, and never actually met or had a Republican hold a speech in your neighborhood, that fallacious image of the white-hooded, jackbooted, fascist is all you have to go by.  If you asked the average black person living in Baltimore just how many Republican candidates have actually come to address their church congregation or civic organization, they answer would probably be “none”.  Rand Paul during his presidential run did to his great credit, actually attempt to redress this situation. He challenged his fellow Republicans to do the same.  Sadly, hardly any did.  Several GOP candidates did reach out to the Hispanic community during the primary season, so at least that is a start.

It is not always them messenger that has to break through to the minority voter, sometimes it is the message. The Democrats have a simple to understand message that they offer to each and every minority constituency:  Give us your vote and we’ll send your community money.  Conservative policies tend to be a little less straight forward:  Keep your money, don’t give it to the government in the first place, that’s better than us giving it back to you with strings attached, or worse yet, to someone else with no stings.  It’s so much easier for the voter to understand how putting money directly into their pockets benefits them than it for a conservative to explain to them that the more money their employer gets to keep, the more money they have to pay you with, or use to grow their business so that they can hire you.  On this front, simpler is better. Republicans then must be able to cite examples that the voter can relate to where their policy has worked in the past, or cite examples of where liberalism has failed them.  Trump, say what you will, is a master at putting things into terms that anyone can understand, like recently in Michigan:

“Tonight, I am asking for the vote of every African-American citizen in this country who wants a better future. The inner cities of our country have been run by the Democratic Party for 50 years. Their policies have produced only poverty, joblessness, failing schools, and broken homes.”

No getting into the policy weeds for Trump here, just a straight-out request for support from African-Americans.   Do Democrats have better policies for the inner-city?  No, in fact liberal policies keep many citizens in these urban areas from advancing economically.  They have created what Dinesh D’Souza in his new movie Hillary’s America refers to as the ‘new plantation’.  Whereas the old Democrat plantations exploited blacks for their labor to produce crops, this new plantation– the inner city, produces something else for their Democratic masters:  Votes. What if a Republican, or many Republicans came to the inner city, pointed this out and offered a solution?  What if blacks and other minorities could be convinced that decades of top-to-bottom Democrat rule has produced the conditions they now find themselves in? They might try another direction, or as Trump put it in his own special way: “What do you have to lose by trying something new like Trump?”

Trump had determined not to cede the urban areas of this country to the Democrats this time without at least a fight. He may or may not succeed in this, but make no mistake, Republicans need to find a way aggressively go after the black and Hispanic vote.  The changing demographics of this country demand that Republicans start to change how they deliver the conservative message to the inner city, but before they do that, they have to move out of their comfort zones and expand their campaigns there.

Originally posted in Political Storm:  Should other Republicans emulate Trump’s pivot to the black community?

3 thoughts on “Should other Republicans emulate Trump’s pivot to the black community?”