Skip to content
HomeEnough with the brokered convention fantasies 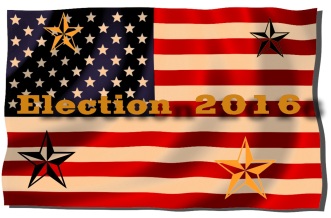 This primary season and the possibility of a contested convention has brought us some very interesting, if incredible speculation as to what could happen.   As it becomes more and more likely that no one candidate will get the 1,237 delegates needed to win the Republican nomination the pundits have taken to making up some pretty wild scenarios.  Most of them revolve around some sort of  draft of someone, anyone but Donald Trump.  Some suggest that Cruz and Rubio could join forces with an all Cuban-American ticket.  That one, if not likely, is at least plausible.  Some are much less so, even bordering on the absurd.  When Mitt Romney gave a big anti-Trump speech, it was immediately seen as a sign that last election’s candidate was trying to insert himself into the race.  Romney has flatly denied that.  Another theory making its way around the talk shows is the possibility of putting the former VP nominee, and current Speaker of the House, Paul Ryan on the ballet ahead of all of those who actually ran.  The fact that he already has a enough on his plate makes no difference to some, he’s establishment and not Trump.  One wonders with so many fantastic schemes, worthy of the Game of Thrones, if not House of Cards, when they will posit the notion of digging up Ronald Reagan’s bones and running them.

Most likely whoever has the most delegates going into the convention will be the nominee.  If there is a brokered convention, the candidate that emerges will be one of the four men still in the race.  Rubio could convince his delegates to go over to Cruz or vice-versa.  Kasich believes they will draft him, as the “only adult in the room”.  This probably won’t happen unless he starts racking up the wins after and including his home state of Ohio.

Declaring a nominee who did not win the most delegates would be a dangerous thing for the Republican party. There would certainly be a revolt on the part of the followers of the snubbed candidate. There will be threats, especially in the case of a frustrated Trump, of a third-party run.  A third-party run would ultimately succeed only in handing the election to the Democrats, but the threat will almost certainly be made. The real danger would be that the supporters of the snubbed candidate would simply stay home on election night.

Theorizing about what could happen in a contested convention might be entertaining. Unfortunately, voters are being dazzled by some very unlikely scenarios. Most of these are put out by a flailing “establishment” grasping at straws. The fact they fantasize about someone riding in on a white horse who’s not even in the race bespeaks their desperation.  Please, if you are a voter and hears this nonsense, please do yourself a favor and ignore it. The convention might get contentious, and there could be intrigue, but the candidate that emerges will be one of few who make it there; not Romney, not Ryan, not the ghost of President Reagan.

One thought on “Enough with the brokered convention fantasies”