To engage in civil, enlightened debate on what political direction is best for the United States, promote a better understanding of conservative/libertarian principals and effectively express them to others in a thoughtful and insightful way.  Liberty Relearned’s goal is to help bring back liberty as the chief American value and to counter the misleading and destructive rhetoric of the liberal statist crowd in America.

A year ago, after a long time watching America drift ever further from her roots of life, liberty, and the pursuit of happiness I saw some very troubling things happening to my country and society.  The Supreme Court had ruled that it was indeed lawful for a government to mandate its citizens engage in commerce through the Affordable Care Act, aka Obamacare. The IRS had been used as a weapon against the Tea Party and other similar organizations.  In Washington, D.C., the President closed off and denied access to the WWII Memorial to the very veterans it honored just to turn the public sentiment against his opponents in Congress who were attempting to restore fiscal sanity to government.   I had wondered if the ideas of liberty and personal freedom hadn’t become passé, a quaint notion from a now bygone era.

Even more alarming was seeing the younger generation of Americans gravitate towards destructive ideas such as Socialism and Authoritarianism.  This generation, never having known such things as Cold War, the Reagan Revolution, being even farther removed from such things as the ‘space race’, WWII and the Marshal plan than my generation, seemed to be unaware of the things that made and continued to make America great.  Having never personally experienced any existential threat to its loss, many of them seemed to take things like freedom and liberty for granted.  Having never seen some of our greatest moments, they forgot or never even learned about something called American Exceptionalism.

What then, could a single person of modest means do to help turn the tide away from collectivism, progressivism, and just plan ignorance?  What could I do to help bring back the values that our Founding Fathers believed to be so important that they laid their lives and their fortunes on the line for?  Some people are blessed with skills of oratory, some are natural leaders, and some others have charisma.  I was blessed with a certain skill in writing and design.  There was really one avenue that I felt offered me my best chance to communicate my love of things like capitalism, Americanism, and personal freedom—a year ago this week I started this blog.

It’s now 52 weeks and many posts later, and I’m still working, still believing, still teaching, still learning.   A special thanks goes to you, the reader for joining me in this endeavor.  Here then is to another 365 days of us, in our own ways and voices, pursuing a common goal of helping to bring back liberty as a primary American value. 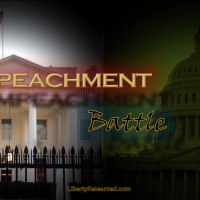