Most Americans with any degree of political awareness believe that Hillary Clinton is corrupt. It’s really hardly disputed even by her supporters.  Whether her association with shady land deals, Travelgate, or the apparent links to Clinton Foundation donations and favorable actions by Hillary toward donors as Secretary of State.  If elected President, Mrs. Clinton would likely continue behaviors that the public will consider corrupt.  The election is still a long ways off in political time, right now she is candidate Clinton.  What sort of corruption might she be engaging in with the voters and, dare anyone suggest, are some of her supporters complicit in this corruption?  Does voting one’s self interest ever cross over into corruption?  Is corruption a two-way street?

“When the people find that they can vote themselves money, that will herald the end of the republic.” – Benjamin Franklin

If you’re a college student or recent graduate and Hillary tells you she’ll help you pay off your student loans you might be tempted to vote for her out of self-interest. Similarly, if you’re a parent and are looking at paying tens of thousands of dollars for your kid’s college education and you’re promised free community college, that’s a tempting offer.  There is another voting block that block these programs really benefit, one that is always overlooked: the faculty and administrators of colleges.  They can absolutely be counted on to support Hillary.  Why?  They stand to gain the most from these deals.  Who do you think ends up with all of the public money?  They do, the parents and students are merely a conduit between the taxpayers and themselves.  Never mind that the value of a college education has been inflated, and that a trade school might be better fit for many students.  Never mind that there are legions of service sector workers with four-year degrees. You’re not to meant to consider such things, your meant to put your money in the right pockets—theirs.  When you run out of your own money, there is always someone else’s, the evil rich’s. Normal free market restraints on tuition rates don’t apply when everyone has the buying power of a millionaire. Big education wants a system that takes money from one group and give it to another that gives it to them.  In the process free market forces that would normally limit how much they can charge gets circumvented. That’s dishonest, a corrupt deal between Hilary and the higher education elites.

Another deal with easier and easier to spot corruption angle is Hillary’s promise of ‘comprehensive immigration reform’.  Republicans often receive criticism for wanting cheaper, illegal labor.  That’s certainly fair and would qualify as corrupt voting. The mistake is to assume that Democrats have any less reason to be accused of corruption.  First of all, when have you seen a Democrat really take a stand against illegal immigration?  You haven’t, not just because they take advantage of illegal labor as well, but they see further benefits to illegal immigration.  People crossing the border illegally or over staying their visa are not much of a concern for Democrats.  New immigrants who become citizens are more likely to need public assistance, and more likely to vote Democratic.  They problem for Democrats is how to get immigrants over from the illegal side of the ledger to the legal side in such a way they can also become citizens and do their patriotic duty to vote Democrat.  Illegal aliens after all, can’t vote for their own self-interest, (not in a U.S. election anyway). If you read recent legislation proposals for comprehensive immigration reform from both Republicans and Democrats you’d be hard pressed to find many differences between the two.  Really the difference comes down to a single word:  citizen.  Many Republicans are fine with a pathway to legal status for undocumented aliens, just not citizenship.  Democrats desperately want any legislation on the matter to take that one extra step, to offer a path to citizenship and Democratic voter-hood.  Republicans say they want to reduce the number of illegal aliens in the country generally by reducing the influx , increasing deportations, and reducing the incentives to come and stay illegally.   Democrats have a plan to do reduce the number of illegal aliens too—just make them citizens, and hence, legal.  Democrats count on the average voter not getting into such fine detail.  It’s not the average voter that’s corrupt, but their views on the issue have been corrupted by the dishonesty of the Democrats of their true intentions.

Most voters vote their own self-interest, it’s a natural part of the process.  Sometimes there is a special interest group that quietly hides their vested interest in the outcome of an election.  Sometimes politicians dishonestly represent what a vote will get the voter or what it means for them and their party.  Corruption is seldom a one-way deal– it takes two parties prepared to strike a corrupt bargain. For every vote bought, there is a vote sold.  For every vote unwittingly given, there is a vote taken through deceit. When you vote you should make sure your own interests in casting it are fairly and honestly balanced with those who want it. 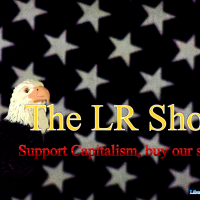 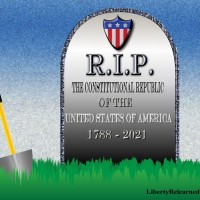