Skip to content
HomeOur dystopia and how we got in it.

If you had a time machine and went back to the late 20th Century, then wrote a book giving an accurate depiction of life in America or Europe today, it would be classified as a work of dystopic fiction. The book would be compared with 1984, Atlas Shrugged, or any number of novels depicting a dystopian future. Most of the people that read it would hope that our society and culture would develop along a better, saner path. It’s to the point where one could swear some people today see Orwell’s 1984, not as a warning to humanity, but as in instruction manual. We now live in the type of world that authors like Orwell, Rand, and Huxley tried to warn us about.

On July 9th, 2022, President Rajapaksa of Sri Lanka fled his official residence amidst months of civil unrest and economic turmoil. He was driven out by his own people. His country was bankrupt, and his people were going hungry. This was a direct result of “reforms” his country had to undergo in order to receive international aid. The country took out huge loans meant to pay for his country enacting social justice reform and going green– converting to renewable energy and abandoning modern nitrogen-based fertilizers in favor of going all organic. That same month, farmers in the Netherlands launched a huge protest aimed at their government. Like Sri Lanka, the Dutch were expected to sacrifice the livelihoods of their farmers and the welfare of their people in order to serve the “greater good”. The farmers had been ordered to severely limit their use of nitrogen-based fertilizers, a move that would devastate a large number of farms and ranches. The fact that Europe was looking down the barrel of food shortages due mainly to the conflict in Ukraine had no effect on the policy makers in that country. Other countries are being convinced to sacrifice their economic welfare in a similar fashion.

We live in an age where objective truth itself is under assault. Men can be women, the intolerant call themselves tolerant, and history is malleable. A large population refer to any political idea they don’t like as fascism, while acting in an expressly fascistic manner. Racism is no longer defined as discrimination against different races with bad intent, it now gets defined as not actively favoring one select race over another. Riots are called “mostly peaceful protests” as city blocks burn. Points of view that differ with those who control the levers of power in our society are censored. Members of the government, media, and academia actively collude to suppress voices that go against a narrative they have developed, one that benefits them and furthers their objectives.

How did this dystopia come to be? It’s important to understand that we didn’t get here overnight. In fact, our current situation has been over a hundred years in the making. Over the last century, a group we would now refer to as the “Left”, spurred on by two philosophies, collectivism1 and postmodernism2 have been vying for and gaining political power in the world. Collectivism is the idea that man’s highest purpose is to serve the needs of society. The individual’s needs are subordinate to those of the collective. Examples of collectivism include communism, socialism, and fascism. The ends the Left have in mind is some sort of collectivist Utopia. Before they can build their brave new world, they must tear down the old one. Postmodernism is a philosophy that refutes the notion of objective reality. It refutes the Enlightenment notion that Man advances his situation mainly though reason.3 Enlightenment philosophies are the basis of modern Western democracies in general, and of the United States in particular. Enlightenment thinking stands in the way of establishing a collectivist Utopia, and so must be supplanted in the body-politic by the post-modern viewpoint. Postmodernism can be said then, to be the philosophic means to that collectivist end.

2“[P]ostmodernism, also spelled post-modernism, in Western philosophy, a late 20th-century movement characterized by broad skepticism, subjectivism, or relativism; a general suspicion of reason; and an acute sensitivity to the role of ideology in asserting and maintaining political and economic power.” – Encyclopedia Britannica

3 “Enlightenment, French siècle des Lumières (literally “century of the Enlightened”), German Aufklärung, a European intellectual movement of the 17th and 18th centuries in which ideas concerning God, reason, nature, and humanity were synthesized into a worldview that gained wide assent in the West and that instigated revolutionary developments in art, philosophy, and politics. Central to Enlightenment thought were the use and celebration of reason, the power by which humans understand the universe and improve their own condition. The goals of rational humanity were considered to be knowledge, freedom, and happiness.” – Encyclopedia Britannica 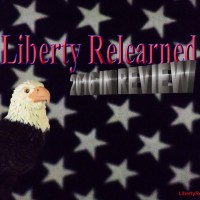