I was going to blog about Trump running for president, but something much more important to write about came up…

The events of Charleston, SC Wednesday night were a tragedy.  Nine people were murdered while attending a prayer meeting at their church. The Alleged killer is a 21-year-old white man.  Recent pictures of him wearing a jacket emblazoned with the Apartheid era flags of S. Africa and the Zimbabwe (Rhodesia) were taken from his social media page.  The media will say he was a racist, a murderer, perhaps even a terrorist.  I would not disagree, I think he was.  They will also try to say he was a Conservative.  He was not.

Unless by “conservative” they mean he longs for the days of almost absolute white control over South Africa or the former Rhodesia, then their description might apply.  If they mean conservative in the sence that the killer is a follower of American Conservatism, then no.  It is an intellectually dishonest comparison, it’s false and they know it.  I’ve been to Tea-Party rallies and have taken part in other conservative functions.  Guess what, I never heard any talk of returning to Slavery, Jim Crow or anything that would approach the Apartheid of South Africa, neither did I hear any calls for violence.  Conservatives are not bigots. Some on the left would have you believe it, but that does not make it so.

What conservatives are, (at least social conservatives) is Pro-Life.  Who’s life?  Everyone’s– minus perhaps those Islamic extremists who would kill us and all not like them.  I’m pretty sure no terrorists were attending that Baptist prayer group.  Conservatives belive in faith, community, lower taxes and liberty.  Killing innocent Christians in prayer is just not part of our agenda, but those on the Left would have the public equate the product of a disturbed, hateful mind with what groups such as the Tea Party stand for.  It is their game plan to marginalize Conservatives.  Why?  To make up for their own failed ideas and bankrupt ideology.

Predictably, the President, Hillary, and others on the left are already using this tragedy to call for stricter gun-control laws.  The bodies of the victims are not even in the ground, yet they cannot resist making a political point.  Let the good people of Charleston start to pick up the broken pieces, start to grieve and heal.  There will be time enough to renew the debate over the Second Amendment.  For now, let’s just be one people who stand with those who lost their lives and the loved ones they leave behind.

For now, God’s love be on the victims and their families. 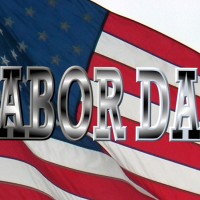