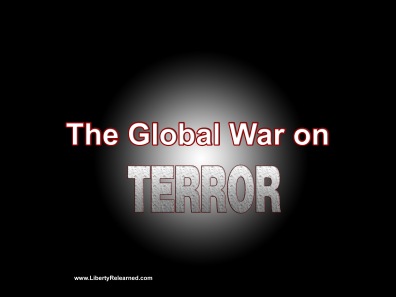 Nice, France and Baton Rouge, Louisiana have more in common than the French origins of their names. They were both sites of recent terrorist attacks.  In the case of Nice, it was Islamist terror that killed more than eighty people in that resort town.  It was done in the name an extreme ideology that does not value human life.  It was an act of revenge for real or imagined offenses perpetrated upon innocents that had nothing to do with the terrorists’ grievances.  In the case of Baton Rouge, it was an act of anti-police terror that saw the murder of three police.  Like the tragedy in France, the attack in Baton Rouge was done in the name of an extreme world-vision so distorted it negated the value human life.  It too was an act of revenge.  Neither attack will do anything to further the supposed cause of the attacker.

Terrorism:  the use of violent acts to frighten the people in an area as a way of trying to achieve a political goal

In the case of Nice, Paris, Istanbul, Orlando, etc., the brand of terrorism was an all-too familiar one– Islamic extremism. These fit the definition of terror because they were acts of violence in support of a religious/political cause, that of violent jihad.  In short, these extremists want to impose their vision of Islam on everyone.  With virtually every attack, vengeance is cited as a motive.  The perpetrators cloak their actions in religion, or in the righting some alleged wrong.  Never does the Islamic extremist make an introspective assessment of their negative situation, it is always someone else, Jews, Westerners, apostates, etc. who are to blame for the societal problems they face.

Like the Islamic extremist, the anti-cop extremist engages in acts of extreme violence against innocents in order to further a political goal.  Also like the jihadist, the anti-cop terrorist acts from a misguided notion of justice.  Unlike the vast majority who share their stated cause, the violent extremist has no compunction against killing people who may have no association with the perceived injustice they lash out against. Though their base grievance might have some aire of legitimacy– that the deaths of blacks at the hands of police in several cases may have been unnecessary and avoidable, the extremest has little interest in true justice, but perceives vengeance as justice. No introspection here either, in the absolutist mind of extremist, the source of their problems has to be due to the actions of others, and those others are always in the wrong.  Killing anyone even resembling the ‘other’, in this case cops, helps solve the problem in the twisted logic of the terrorist.

Innocents have died recently in tragic attacks by extremists in the name of what they see as see as a worthy cause.  In one case, the cause is a long-standing animosity against all things and persons not a part of their perverted version of Islam. Over eighty people were killed without regard to whether or not they actually had any connection to the government or society they hold at fault for their situation.  In a city thousands of miles away, three police were murdered in an apparent act of vengeance for the actions of their fellow officers.  These murders follow the recent killings of police in Dallas, ostensibly  for the same reason, and act of vengeance for a perceived injustice.  The bitter irony in the case of Dallas is that the vast majority of protestors actually had no qualm with the police that were targeted, but police in other cities in America. On top of that, the police that were killed in that incident died protecting the very people who were protesting others of their profession they accused of wrongly killing blacks.

The other bitter irony is that in neither Nice nor Baton Rouge, will the acts of terror do any thing to further the stated or assumed causes of the attackers. Both attacks qualify as terrorism by definition, though only one has popularly been described as such.  Terrorists believe that the ends justify the means.  They claim for themselves the status of freedom fighter or enforcer of justice, but there is no justice in their actions, only vengeance and hatred.  Whatever their stated cause or grievance, they have twisted that cause beyond all semblance of legitimacy to the point that those who they purport to serve must disown their actions.  The individuals who committed these acts on two continents in pursuit of different goals both confused evil for good, vengeance for justice, and wrong for right. For that we can and should describe both as terrorists.

One thought on “Regarding Nice, France and Baton Rouge”