Skip to content
HomeToday, Give Thanks to Those in Uniform.

Today is Armed Forces Day in the U.S.  We should take the time today to thank those in uniform and remember them in our prayers.  These people are living heroes, people who answered and continue to answer the call to serve.  These men and woman have asked themselves question: If not me, who?  Rather than leave it up to someone else, they took it upon themselves to help bear the burden of our national defense.  Often they put things like college, families, and civilian careers on hold. Those persons who wear the uniform today do so knowing of the high probability that their country will call upon them to serve in dangerous places, many already have.  They do so knowing they could be separated from their loved ones for weeks, months, and in some circumstances, forever.  Few other professions ask this of those who work in them.

We also need to get back to looking at military service as a profession, and an honorable one.  After Vietnam, it was trendy to think of people joining the military because they had no other choice.  Who would join the military if there were any chance of meaningful employment outside?  This was the often unspoken attitude for many years. It angers me when at the height of the Iraq and Afghan wars, college campuses would not let military recruiters or ROTC programs on campus. It apparently never occurred to them that some young people might actually be interested in a career in the military.  Yes, Mr./Ms. university dean, believe it or not, some people actually choose to make the military their career, or at least try it.  These people are not losers, (they’re attending your school aren’t they?) or without other life options, some people actually want to serve their country, even in wartime if need be.

Today, set aside some of your thoughts and prayers for those who put on the uniform of the U.S. Armed Forces.  They are brave, honorable, and some of the best citizens of this country.

2 thoughts on “Today, Give Thanks to Those in Uniform.” 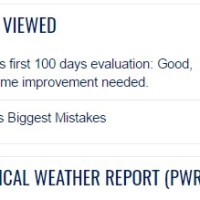