Skip to content
HomeSo, you want to compare Trump and his followers to Hitler and the Nazis? 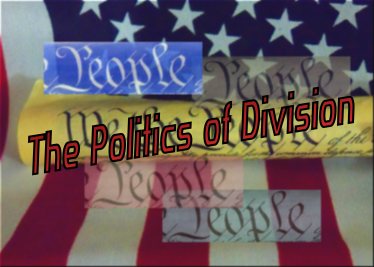 “If you vote for Trump, then you, the voter, you, not Donald Trump, are standing at the border, like Nazis.” – Donny Deutsch.

So, you want to compare Trump to Hitler and his supporters Nazi’s because he wants to arrest and deport illegal aliens? First, former president Obama deported more illegals than any president before him, earning him the nickname: “Deporter in Chief”. So where was your outrage then? Second, but most importantly, when ICE deports illegal aliens they send them back to their country of origin. They arrive there safe and probably in better condition than when they entered the U.S. If not wanted by the authorities in their own country, they are free. Many of them as we know will return to the U.S., a funny thing to do if you believe Trump’s America is the Third Reich revisited.

Compare that to the actual Hitler and real Nazi’s When they rounded up Six million Jews, Slavs, and others they were sent not home, but to concentration camps where most of them died or lived as slaves. The religious and ethnic minorities that were rounded up were not allowed due process, they were offered neither hearings nor trials, there was no pleading their case, no requests for asylum. There was no “catch and release, ” there was no recidivism rate for Holocaust victims. When a member of Himmler’s Totenkopf SS found you, that was it, you were a slave of the Reich until death or the Allies freed you.

If you want to compare Trump to Hitler based on deportations of illegal immigrants, then what you are saying is that being sent back to a country like Mexico or Honduras is like being sent to Treblinka or Auschwitz. The problem with that is that aliens returned to Mexico or some other country find themselves free and alive at the end of their experience with ICE or the Border Patrol. Not so much in the case of Nazi death camps. Anyone unlucky enough to have an encounter with the German Totenkopf SS was looking at guaranteed slavery and/or death. Our immigration laws actually prevent human beings from being made into slaves by human traffickers and the like.

Attempts to liken Trump to Hitler due to his stance on immigration are not just historically wrong but are hurtful to the memories of all who suffered at the hands of the Nazis. The Holocaust victims were never allowed to plead their cases, never given a hearing, never allowed any due process. Illegal immigrants are. The Jews and Slavs captured were used for slave labor, our immigration policy is an impediment to those who wish tho traffic in human beings. An encounter on the part of illegal aliens with ICE or the Border Patrol will usually result in that person being returned healthy and alive to their home country. Capture by the Nazi SS always resulted in the enslavement and usually the eventual death of those captured. To compare Trump and his supporters to Hitler and his is not just historically inaccurate, it is divisive and dishonest. Moreover, the hatred and distrust this causes prevent rational discussion of the very real problem of illegal immigration.

2 thoughts on “So, you want to compare Trump and his followers to Hitler and the Nazis?”