Some of you may remember reading this piece from the Liberty Relearned blog a while back:  So, you want to compare Trump and his followers to Hitler and the Nazis?  That was mainly regarding a quote by Donny Deutsch (remember him?) comparing Trump supporters to Nazis because of his handling of the illegal immigrants.  “If you vote for Trump, then you, the voter, you, not Donald Trump, are standing at the border, like Nazis.”

In a September 1st, 2022, speech in Philadelphia, President Biden declared MAGA Republicans a threat to Democracy. Biden later walked back his claim, saying he didn’t mean all Trump supporters. He conveniently failed to elaborate on just what constitutes a “MAGA Republicans” as opposed to an ordinary Trump supporter. Later that same month, Hillary Clinton inferred in a talk in Austin, TX that Trump followers during his rally were giving some Nazi-esque salute saying: “We saw the rally in Ohio the other night, Trump is ranting and raving for more than an hour, and you have these rows of young men with their arms raised.” She apparently was referring to a part of Trump’s rally where some had their hands upraised with the index finger extended, commonly understood (except by her) to mean “We’re number one!” or in the context of the rally, “America first!”, Trump’s tagline.

Sadly, such reductio ad Hitlerum arguments still persist, especially coming from the Left, and continue to be aimed at Trump and his supporters.  This is an intellectually lazy argument. It often fails to establish any true parallel between either Trump’s policies, or the beliefs of the rank-and-file Trump supporter and those common to the violent and authoritarian fascist regimes of the 20th century. They are filled with misrepresentations of the former President’s words, and misconceptions about actual, historical fascism.

So, is Trump the next Hitler?  Are his followers Nazis?  Are MAGA Republicans fascists?

If Trump is a fascist, especially a Nazi, he’s certainly a very poor one.  If his followers are fascists, they sure cling to a lot of non-fascists ideals.  One of the defining traits of Nazis was their violent antisemitism. Trump ended the Iran nuclear agreement, something that the Israelis celebrated, and their Prime Minister at the time called for in front of the UN.  This paved the way for one of Trump’s in-laws, one of his Jewish in-laws to broker a peace deal between Israel and several neighboring Arab states.  He then moved the American embassy in Israel to Jerusalem. These are things that a true Nazi would have a hard time doing, and even a harder time selling to his supporters.

COVID offered the perfect chance for any world leader to go full authoritarian, if not full fascist like Trudeau in Canada. Fascism calls for a supremely strong central government. So, what did Trump do?  He let the counties federalist system work, and allowed the sates, not the central government to make the calls.  Some states did go the authoritarian route, those were almost entirely blue (Democrat) states.  A true fascist would mandate such things as inoculations and mask wearing.  Trump didn’t but his successor did to the greatest extent he could.

Another central tenet of fascism is micromanagement in the affairs of business.  Fascism doesn’t nationalize industries the way that typical socialism does, it merely asserts control over corporations, acting as a sort of chairman of the board on every board of directors in every corporation.  The illusion of private ownership remains under fascism, while effective control of companies goes to the state.  Everything inside the state, nothing outside the state, and nothing against the state.  One of the very first things Trump did upon taking office was to reduce the federal regulatory burden on companies, literally the antithesis of fascistic rule!

Those who use the reductio ad Hitlerum argument do a disservice to the memory of all who suffered under actual Nazi-ism.  They also look foolish to those who know history and especially those who’ve studied actual fascism. Sadly, many on the left in particular, in their arrogance, don’t know enough to be embarrassed, even in the face of proof their assertions are logically and historically wrong. 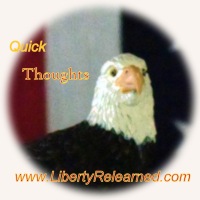