Democrats seek to change what we consider “infrastructure”.

“Control the language and you control the debate,” is an axiom in the worlds of politics, the law, and anywhere else where influencing thought is considered valuable. The left, being well aware of this has been working for decades redefining words. Terms like racist, fascist, and justice have been so far removed from their meanings as to become unrecognizable to those of us who know the original, correct definitions. They’ve even sought to blur the definitions of such basic concepts as male, female, and marriage. Now leftists in government seek to do the same with the term “infrastructure”. How and why are they doing this?

Infrastructure refers to those things that facilitate the movement of goods and persons from where they are to where they are needed or where demand would take them. This proper way of defining it includes the means by which tangible goods such as coal, cars, vegetables, and people being transported from point A to point B. via roads, rivers, airways, and pipelines. It includes the movement of intangible things such as electricity and radio waves from their points of origin to their consumers. Infrastructure is NOT the things being moved, the coal, the cars, the vegetables, and other commodities themselves. It is NOT the energy, the radio waves themselves. It is not those commodities, nor is it the actual production, marketing, and consumption of the same. Those things may require infrastructure but are not infrastructure.

The left, more specifically, Democrats on the left, wish us to conflate infrastructure with those things that infrastructure makes possible, cell phone use, your personal mode of transportation, daycare. Even under the most liberal definition of infrastructure, these would count as personal or private infrastructure, not public. One of the defining characteristics of “infrastructure” as commonly understood, is its public nature, that’s it’s for common use. Their creation and upkeep are affordable only at the public taxpayer level. That is to say, virtually no individual can afford to fund the filling of potholes on their street, much less the maintenance of an entire bridge or tunnel. Individuals routinely can and do pay for things like utilities, childcare, or elder care, either outright, through savings, or private insurance. Economies of scale are the basis for determining public vs private infrastructure. Democrats in Washington wish to blur and erase this distinction. 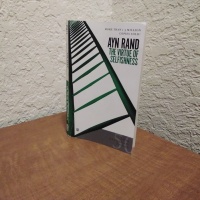 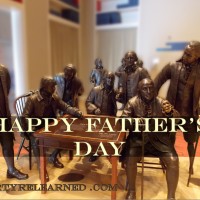