He did without a hint of irony, suggest we could celebrate Independence Day and America's freedom, if we do exactly what the government tells us.

At that point, when everyone who wanted the vaccine has gotten one and someone in authority suggests that restrictions should remain in place, or that you should continue to wear a mask, the question we should all be prepared to ask them is: “Who would I be doing it for?”

St. Thomas Moore had his Utopia, Marx and Engels had their Communist Manifesto. Though the latter is better known for the destructive nature of its implementation in this and the last century, it has a commonality with the other books mentioned: the necessity of authoritarianism. It is this need for an authoritarian form of government and a ruling class, either explicit as in the Republic or implicit as with Marx and Engels that binds most, if not all Utopian systems with each other.

An Australian woman was recently arrested for daring to post online a call to protest her state's draconian lockdown measures. Is this a preview of what would happen under a Biden presidency?

We could easily have several states stringing together days, if not weeks without a single new COVID death. He'll walk into the White House, make a few calls to his allies in the media and blue states governors.

Episode 3 is now available on Spotify, Apple, and most other podcast platforms. In this episode, Obamagate, what red states opening mean for the rest of the country, and the concept of Left vs. Right.

In the name of protecting ourselves and our neighbors, we have agreed to forgo some of our basic rights. We forgo them, but we do not cede them. Some of our elected officials have mistaken this cooperation as an admission that our rights were theirs to give and thus to take away.

Our leaders must establish clearly defined, objective, not subjective goals that once achieved automatically allow more and more freedom until virtually all of our pre-epidemic liberties have been restored.

At this point, there will be a demand for objective numbers for beginning to lessen restrictions. The metrics should be based upon capacity versus use.  The number should not be based upon there being zero deaths, as that would put the decision-makers in an impossible position. 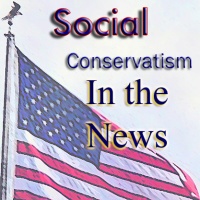